Gapeau is a wearable that augments the sense of distance to others using head-mounted sensors integrated in a hat. The recent Covid-19 pandemic outbreak showed that keeping the distance is sometimes necessary but human perception is not capable of sensing it accurately. We designed three versions of Gapeau with three feedback modalities: visual, vibrotactile and auditory. The prototype was evaluated in a controlled experiment and during an in-the-wild study. 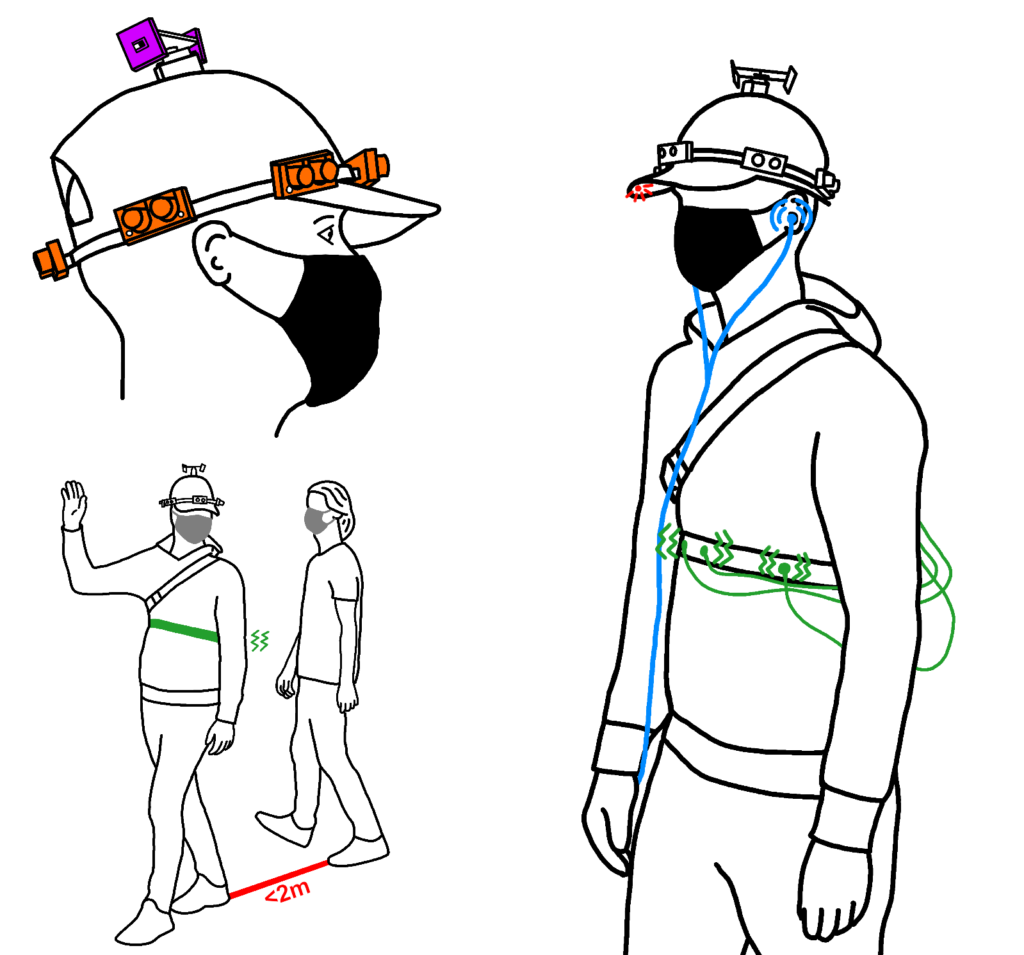 Gapeau senses the proximity in 6 directions. When an object closer than 2.5m to the user is detected, the servomotor rotates one of the thermal sensors to cover the field of view of the distance sensor, which detected the object. Temperature measurement and human recognition is then performer. If it’s close to 36,6 °C system provides a warning feedback to the wearer. Vibration and auditory feedback were found most effective and usable.

During in-the-wild study people suggested another use for the system – a warning system for the wearer informing that someone is following them, especially useful at later hours.

The system consists of a hat equipped with 6 ultrasonic sensors. The sensors were mounted in 3D-printed casing and affixed to the hat to protect them from the elements. There are two low resolution thermal cameras. Gapeau does not store the measurement data after processing. Two of the sensors were mounted on 3D printed motor horn attached to a servomotor. This way, the thermal sensors can be rotated to detect humans around the user. The processing unit was based on an Arduino Mega ATmega2560 microcontroller coupled with an Adafruit PCA9685 motor driver to operate the servomotor. The system was powered with powerbank of 5V operating voltage. Our observations show that the system can be used for over 3 hours using a 2500mAh powerbank.